“It is in the mandate of MENRE to formulate policies and guidelines, and will implement programs, activities and projects for the protection and preservation of biological diversity and the endangered flora and fauna in the Bangsamoro region,” the BARMM Senior Minister and MENRE Minister Abdulraof A. Macacua said as delivered by Director Abdul-Jalil S. Umngan.

“Rest assured that our mission now includes the protection and conservation of the Turtle Islands Wildlife Sanctuary, its biodiversity, flora and fauna, and the habitat that’s inseparable from the survival of the species relying on the beauty of the islands,” he added.

MENRE Forest Management Services Director Abdul-Jalil S. Umngan, the designated Head of Delegation for the activity in Turtle Islands, represented the Senior Minister during the DENR-MENRE turnover.
The turnover was held the same day as the 3rd ‘Adlaw sin Payukan’ (Day of the Sea Turtle) festival in Taganak Island, one of the residential islands among the six Turtle Islands.

DENR-9 Regional Executive Director Crisanta Marlene P. Rodriguez, during her turnover message, said the Department took on TIWS in 1996 when it became one of the ten priority protected areas under the Conservations of Priority Protected Areas Project.

“We have cherished our role in Turtle Islands Wildlife Sanctuary, proving time and time again that although distance has always been a challenge, it was never regarded as a hindrance to our efforts in environmental protection and biodiversity conservation,” RED Rodriguez said.

As provided in the Bangsamoro Organic Law, the Bangsamoro Government through the MENRE shall give priority to the protection, conservation, and development of natural resources that will support ecological balance and biodiversity conservation.

Moving forward, as part of its goals for the TIWS, the MENRE, in collaboration with other stakeholders and support from DENR-9, shall conduct capacity development activities for the concerned personnel and would-be program implementors of the Ministry. These skills-building activities include trainings for monitoring of corals, seagrass and mangroves, marine turtle monitoring, hatchery management, and enforcement of laws and regulations on wildlife conservation and protection.

Along with the turnover of the TIWS, the designation of the Protected Area Superintendent (PASu) has also been transferred from Minda A. Bairulla from DENR-9 to Senior Ecosystems Management Specialist Welfhe M. Lukman from the Provincial Environment, Natural Resources, and Energy Office (PENREO), MENRE of Tawi-Tawi.

The TIWS is a primary nesting ground in Southeast Asia for the endangered Green sea turtles (Chelonia mydas) and Hawksbill sea turtles (Eretmochelys imbricata). Yearly, at least 2,000 turtles swim to the sanctuary to lay their eggs, but only about 1% of the turtle hatchlings has a chance to survive.

The 242,967-hectare sanctuary was established as a protected area in 1999. Its entirety includes the surrounding waters and the islands of Baguan, Taganak, Boan, Great Bakkungan, Langaan, and Lihiman, of which all islands are inhabited except for Baguan. 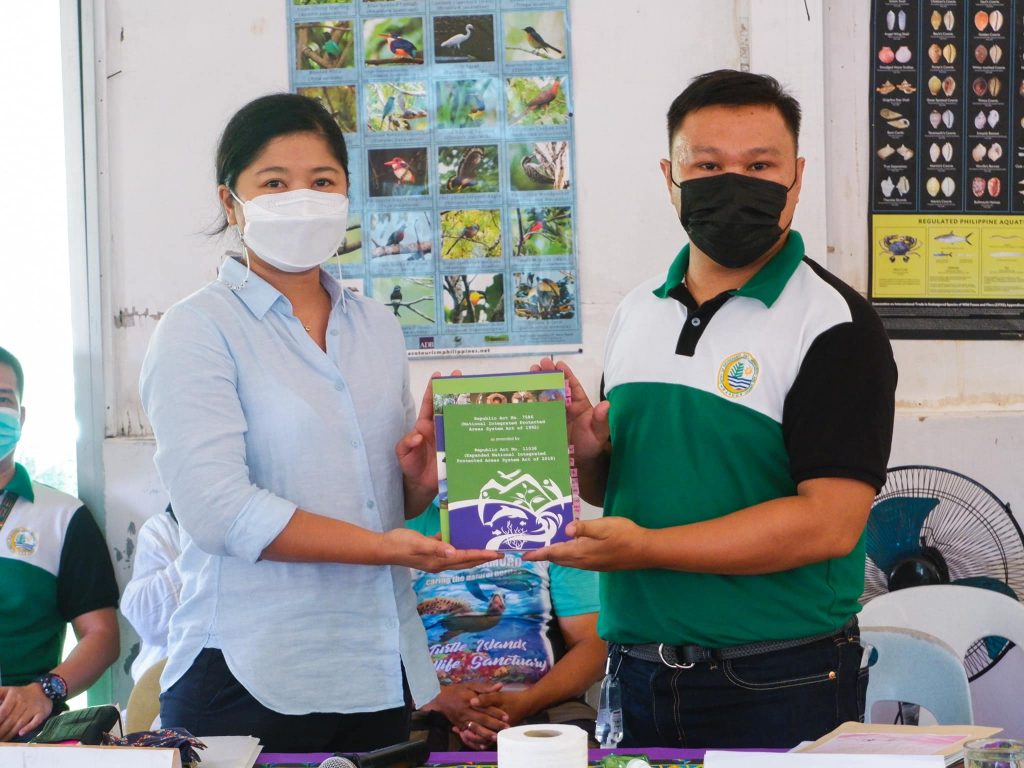 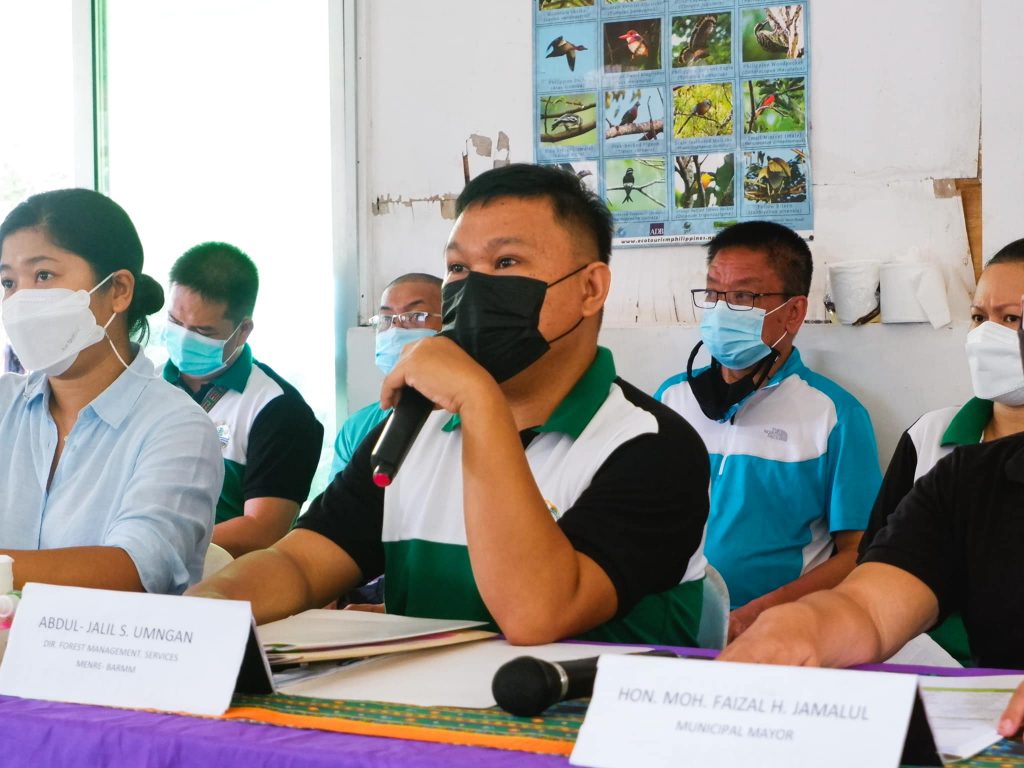 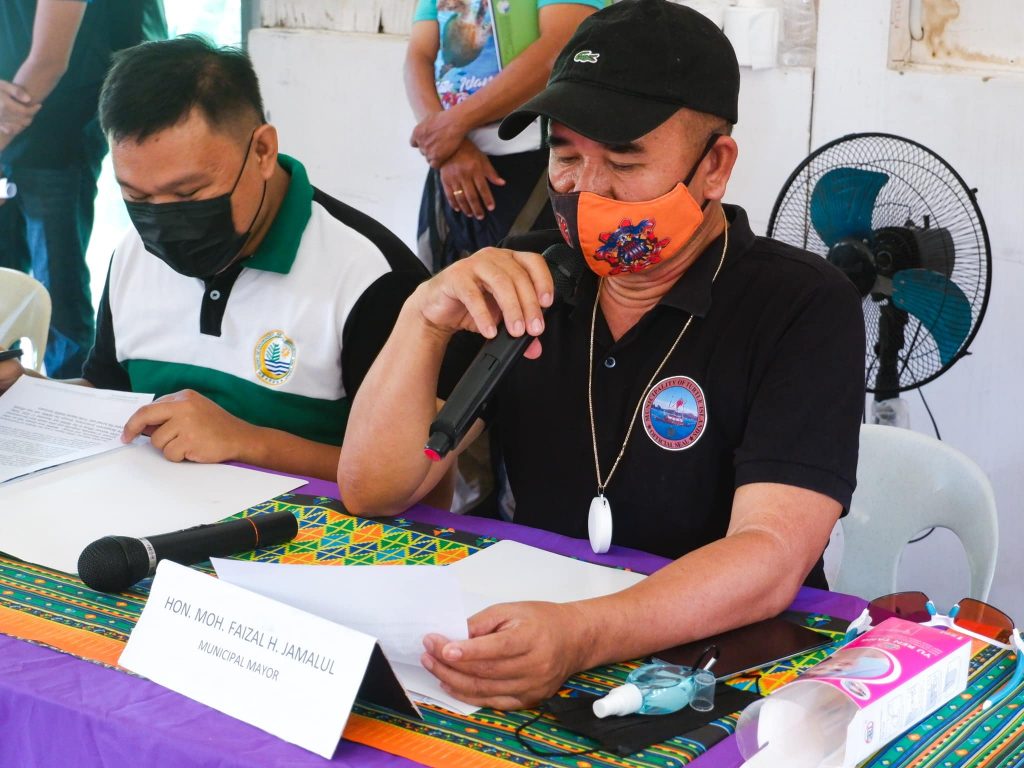 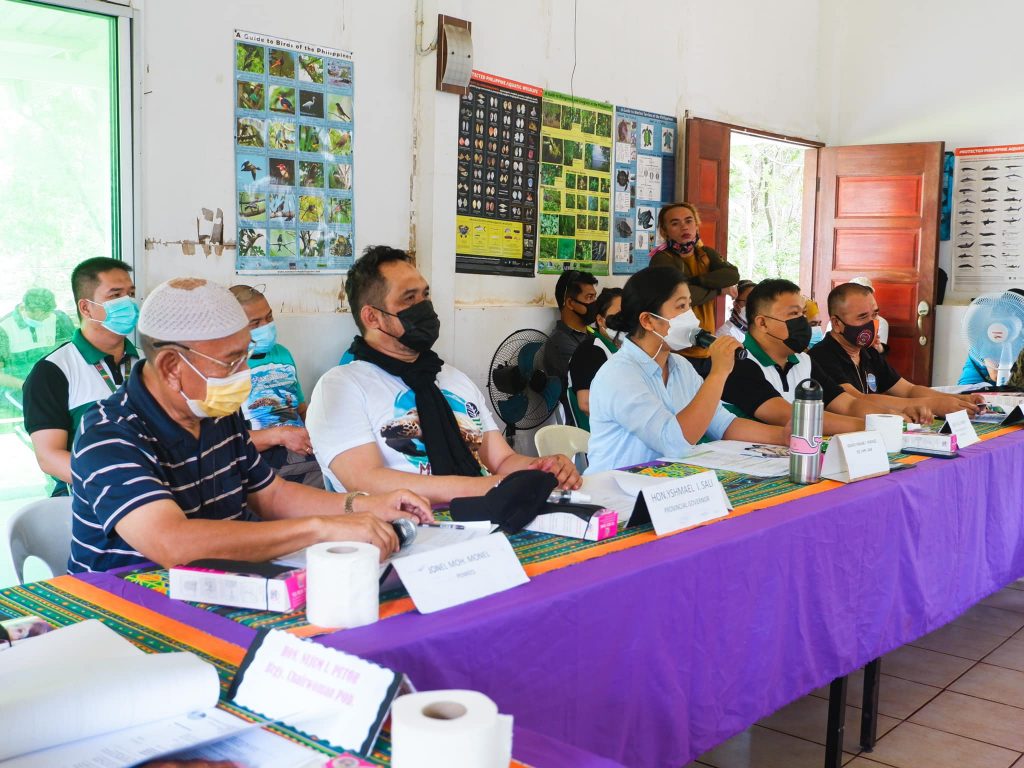 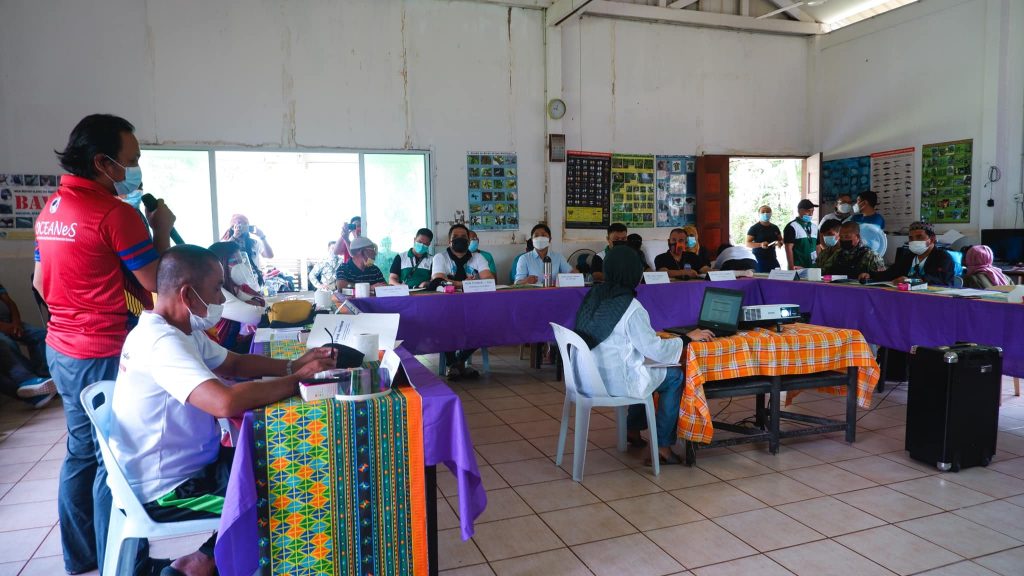 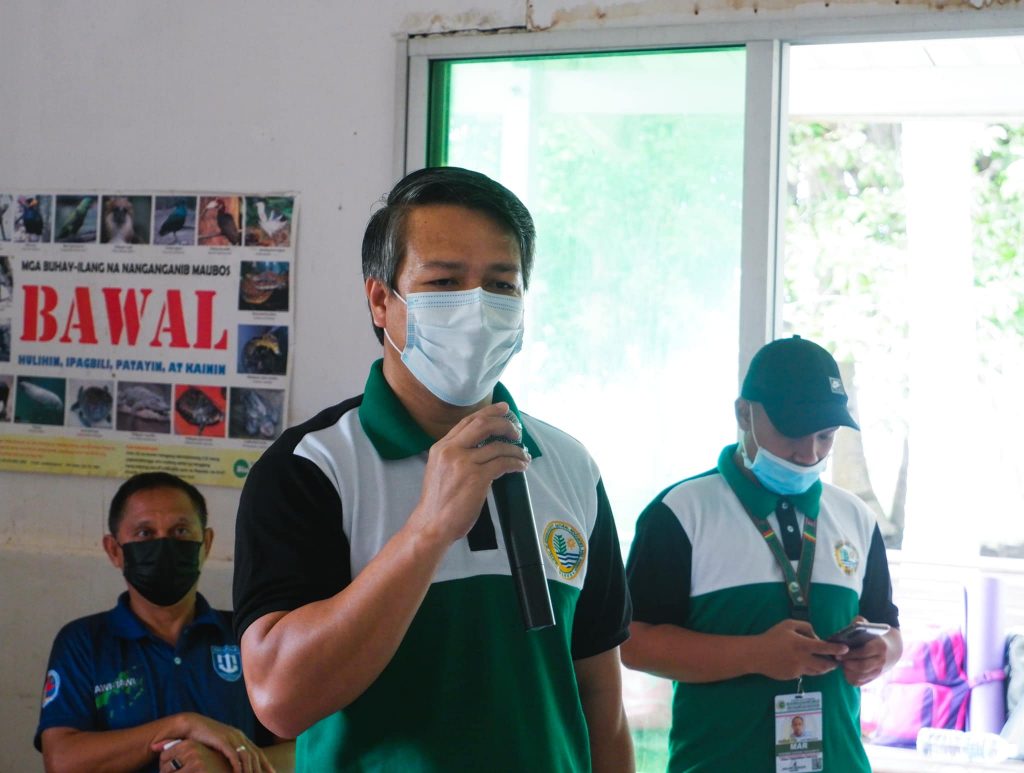 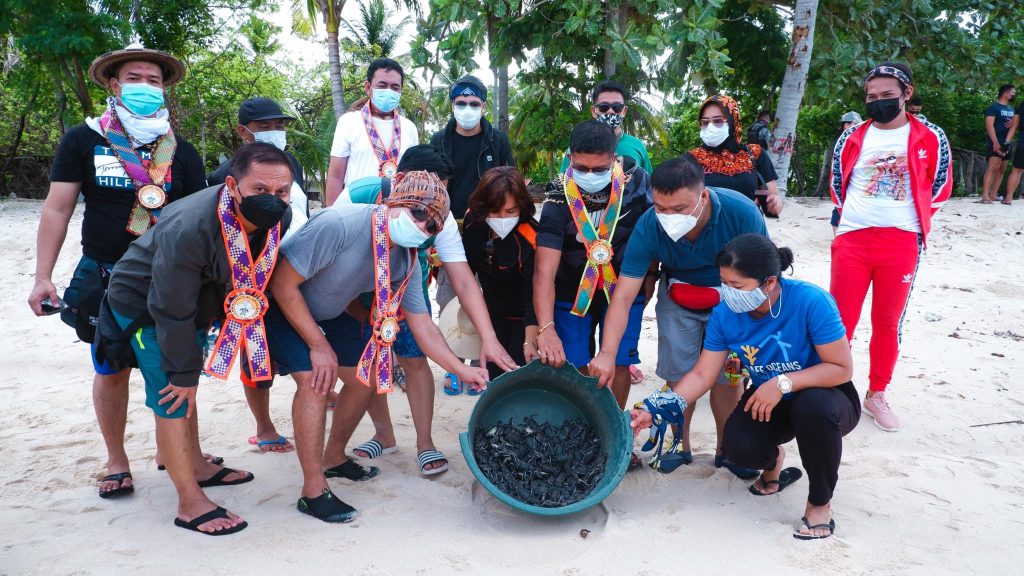 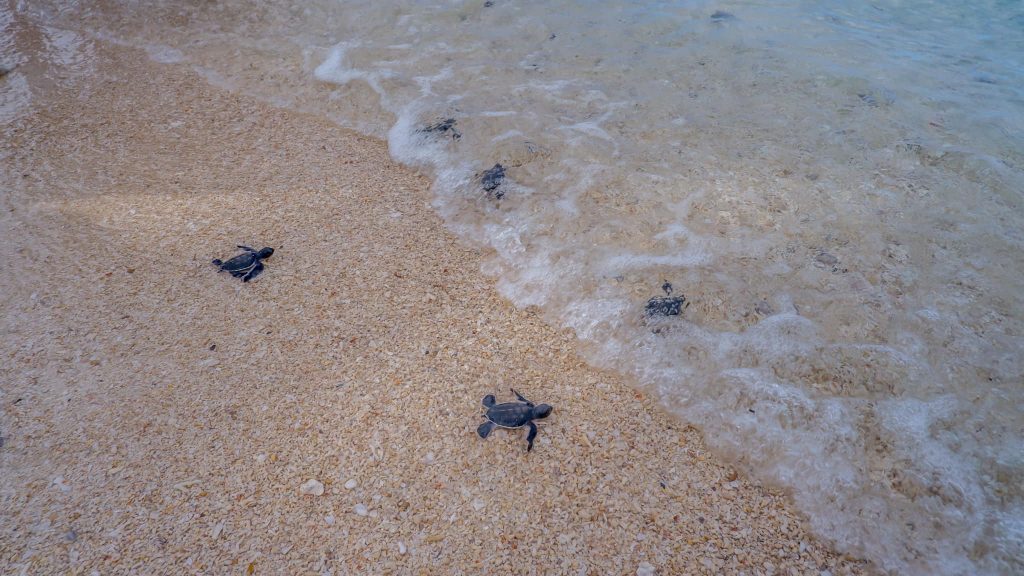 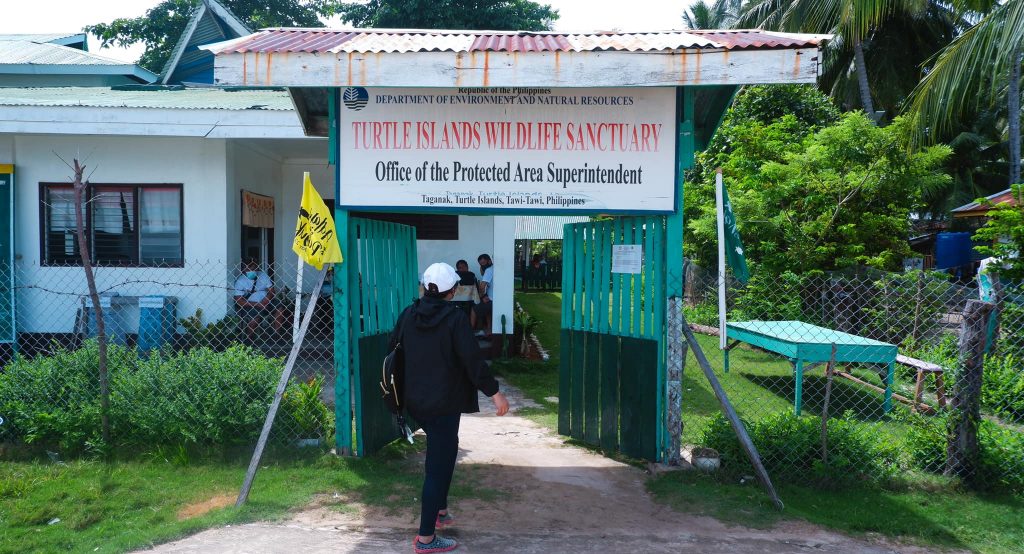 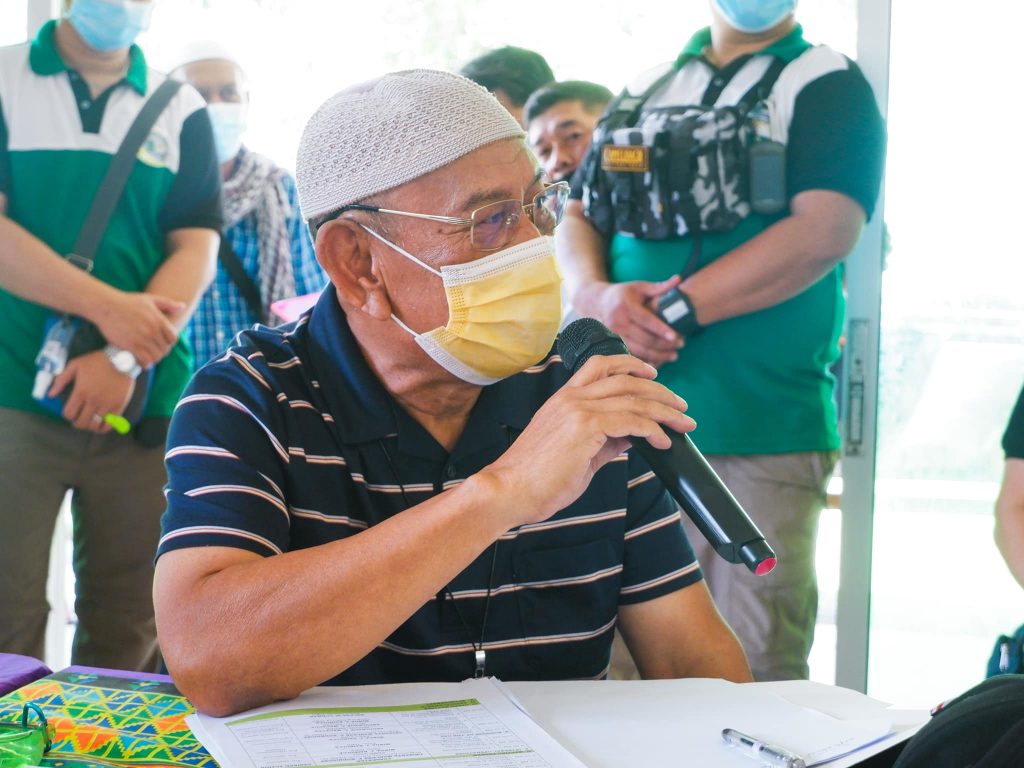