The mentioned 200 million-peso renewable project, which will start to be installed in the first quarter of 2020, will be funded by the European Union-Access to Sustainable Energy Programme (EU-ASEP), its counterpart from the provincial government of Tawi-Tawi, Tawi-Tawi Electric Cooperative (TAWELCO), and other stakeholders.

During the meeting, the presiding officer and Mindanao Development Authority (MinDA) Chairman Emmanuel “Manny” Piñol moved a motion to include MENRE-BARMM as a member of the Project Steering Committee which was seconded and accepted by the body.

This paves way for MENRE to be involved in the above-mentioned renewable energy project in the region.

The Project Steering Committee of RETS is composed of MinDA, United Nations Industrial Development Organization (UNIDO), Provincial Government of Tawi-Tawi, TAWELCO, Association of Isolated Electric Cooperatives (AIEC-ILAW), and the Ministry of Agriculture, Fisheries and Agrarian Reform (MAFAR-BARMM). MENRE-BARMM assures to promote low-carbon and sustainable energy generation in the region which is stated in the Republic Act 11054 otherwise known as the Bangsamoro Organic Law. 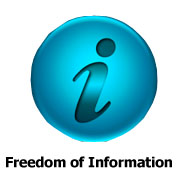