The ‘Kayod ka, Bangsamoro’ (KKB), as coined by BARMM Senior Minister and MENRE Minister Abdulraof A. Macacua during the peak of the pandemic-caused Enhanced Community Quarantine (ECQ) last year, urges the Bangsamoro to engage in sustainable ‘vegetable gardening’ as means to gain food security amid the then-severe shortage on food supply.

A year after, the KKB project, now a Convergence of MENRE, MAFAR, MILG, BPDA and WFP, has been able to establish a 1-hectare vegetable garden model at 3 project sites in Lanao del Sur and 5 in Maguindanao with the Integrated Bangsamoro Greening Program (IBGP) as the model’s entry point.

600 soon-to-be-decommissioned MILF-BIAF combatants were contracted by the Bangsamoro Government as Palaw Rangers or ‘Bantay Gubat’ to aid in the establishment and sustainability of the ‘survival gardens’. Equipped with training on forest management and protection, they assist in the establishment and maintenance of the already-mapped and assessed 12.5 hectares of vegetable gardens in the mainland BARMM provinces.

1,000 households from the combatant partners of KKB have also been mobilized within the Convergence Pilot Areas. These household partners received a 6,000-peso incentive from the Convergence for the 3 months of establishing and maintaining the nursery and vegetable production areas.

Not only does the Convergence offer its partners opportunities to set up ‘survival gardens’ as another source of food, but it also provides livelihood openings for the fighters-turned-farmers to sell their produce to the local markets.

“We have come so far, gaining milestones towards achieving food security in the Bangsamoro. Let us continue to do so for the region and its people,” MENRE Deputy Minister Akmad A. Brahim said during a meeting on 22 April 2021 when implementing Ministries of the Convergence presented their accomplishments, and discussed ways in moving forward.
MENRE Assistant Regional Secretary Alindatu K. Pagayao co-chaired the meeting and encouraged continued collaboration among the Ministries to sustain the progress of the KKB project.

Forest Management Services Director Abdul-Jalil S. Umngan shared that among the success stories of the Convergence, it is significant to note that through the Convergence, they were able to maximize the idle lands in the production forest, create income-generating activities for the cooperators, establish capacity building and confidence, and build social cohesion among the members of the partner communities.

MAFAR Director Ismael Guiamel, BPDA Chief of EPD Rohanisah N. Rashid, WFP Head of Programme Dolidze Giorgi, and WFP Head of Cotabato Sub-Office Mishael Argonza also expressed their support to the Convergence and their vision to scale-up the model, include other BARMM Ministries, and activate additional services that could benefit the Bangsamoro in terms of food security.

Now that 63 barangays in North Cotabato are officially in BARMM’s jurisdiction, the ‘KKB’ aims to expand the convergence area from the original 8 pilot sites in Maguindanao and Lanao del Sur to include the said barangays, and potentially some areas in BARMM island provinces as well.

The ‘Kayod ka, Bangsamoro’ Convergence commits to sustaining the development of the model that it shall work on enjoining other BARMM Ministries in the current efforts on food security and strengthening its existing coordination between and among lead implementing agencies and Local Government Units. 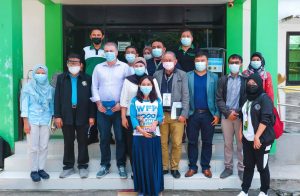 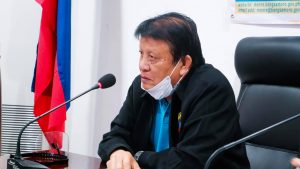 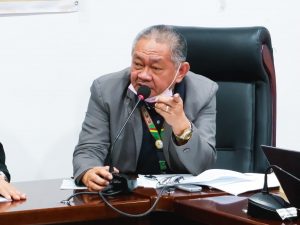 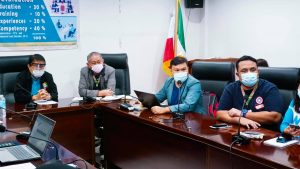 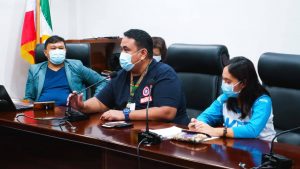 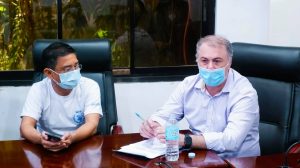 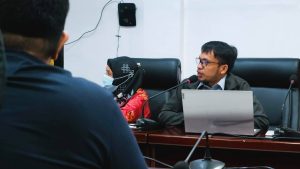 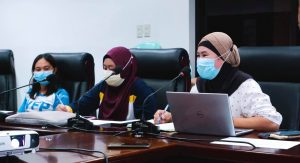